Leagoo T1 - Born to be Stilish
Leagoo T1 runs on Leagoo OS 2.0 based on Android 6.0 Marshmallow out of the box and features a 5.0-inch 720P 2.5D curved glass display. Leagoo T1 body makes use of 85% of metal in its manufacturing. Leagoo T1 is powered by a 1.3GHz MediaTek quad-core chipset aided by 2GB RAM and 16GB of internal storage. It further supports storage expansion up to 128GB via micro SD card slot. The smartphone features a 13MP rear shooter in addition to an 8MP front facing shooter with Smart Selfie 2.0. Add to that the fingerprint sensor that has become almost essential on today’s smartphones and you can see the clear precedence of the T1.

Beside front LED Flash on Leagoo T1, there is another technology for a better selfie experience at low light condition. You can turn the Screen Flash function On to convert the T1’s display into a camera flash. T1 is also bringing a new Beautify 4.0, which could enhance your look in avery possible way by brightening your skin seamlessly.

Inclusive with Corning Gorilla Glass 4.0, the touch panel of this smartphone is really tough. Feel the premium quality every time you touch its screen. Despite the thin 7.5mm body, T1 has really sturdy architecture, processed by 94 steps machining procedures and made with aviation aluminium magnesium material. The metallic ratio of T1 is up to 88%.

Here you can read about the unboxing of Leagoo T1 Smartphone. 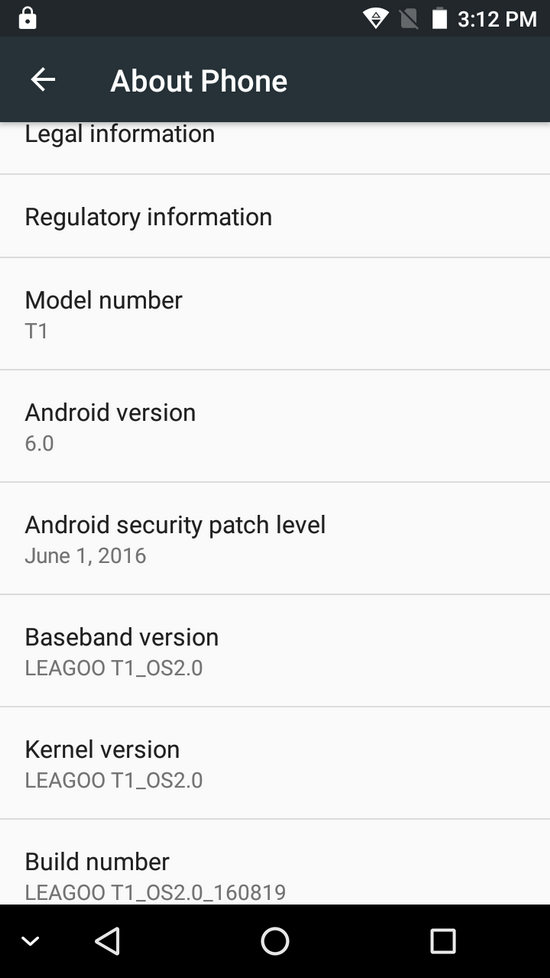 Wifi Internet speed tested gets also pretty good values: over 19 Mbps in download and the upload speed was also over 23 Mbps. The router used in this test is Xiaomi Mi WiFi Router, mounted in another room.
Conclusion
Faster, steadier & fun to use. The Leagoo OS2.0 on the Leagoo T1 smartphone is very smooth and a very well customized operating system. Transitions, animations, apps switching and general OS fluidity is just great, I really like it a lot. During our tests, we experienced zero force closes, hangups or stability issues. Google Play and gapps are working without issue. Google Play Services updated no problem. 3rd party apps downloaded and updated without issues. Leagoo App Store is also a big plus.  The phone is very solid and it has a lots of sensors on board. The Leagoo T1 is an amazing budget phone, with an amazing affordable price.

About Leagoo LEAGOO is a star brand owned by Shenzhen OTEDA Technology Co., Ltd. In order to supply high quality smartphones and excellence using our wealth of previous experience, the OTEDA team – which relies on a proven track record in the mobile communications industry – set up a new smartphone brand called ‘LEAGOO’ in April 2014. With our Research & Development expertise and supply chain resources, the OTEDA team has spared no effort in building LEAGOO into a well-known international brand of smart devices and ecosystems.