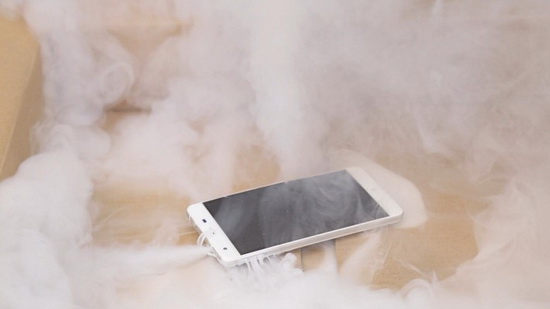 Yesterday we made another violent test on our mammoth battery device Ulefone power while the guy who operated the electric saw was badly scared for what was happening. When 6050mAh battery was broken, it gave out smog as we expected, but in an amount beyond our imagination. That was a really scene! And the battery also released heat to burn the the plastic back cover. That aside, the phone remained complete in structure.

Well, this test tells 3 truths:
1.Don’t try to explore into a battery, because once it is broken, it will start burning and therefore you’ll see nothing.
2. The 6050mAh Sony Li-polymer battery will not really explode like cracker even if it is broken, and we don’t understand why Samsung Galaxy Note 7 will explode with normal use.
3. The smog released from the battery is very harmful.